A few weeks ago I went to the garden and picked a monster squash. It was gigantic and it was bumpy and yellow. I had no idea what it was– I think it’s some kind of fall winter squash. Anyway yesterday I finally decided to use it and some zucchini. To this I added  a can of coconut milk that I opened when we ran out of milk (yes it’s been that kind of week) and decided to combine that with whatever else was in our Fridge. The results were pretty awesome. 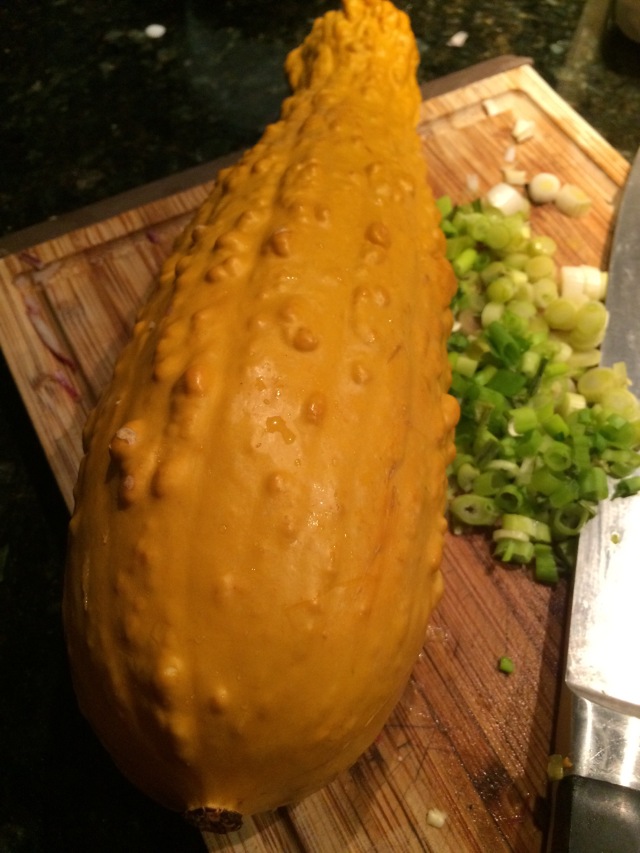 A lifelong vegetarian. A foodie. Can there be such a thing? Some restauranteurs don't seem to think so...but many of my veggie friends and family have a little something or two to teach them.
View all posts by ds331 →
This entry was posted in Recipes. Bookmark the permalink.

Thoughts? Did you try this and have a suggestion? Did you like it? Cancel reply

Cooking with a Wallflower
WEAL FOOD

Uncover the Vegan within.

Vegan & Vegetarian recipes from around the world

Living well in the urban village

a whisk and a spoon